Freecell is an extremely addictive solitaire card game invented by Paul Alfille. It is fun and very skill-dependent. Nearly every game (approximately 99.99 %) of Freecell Solitaire can be won with perfect play. This makes Freecell card game much more interesting and popular than solitaire variations like Klondike, where luck is a large factor in the game. With FreeCell, winning depends mostly on skill.

Freecell comes bundled with all versions of Microsoft Windows from 3.1 on. Freecell solitaire is also featured in most solitaire collections (for example, BVS Solitaire Collection) 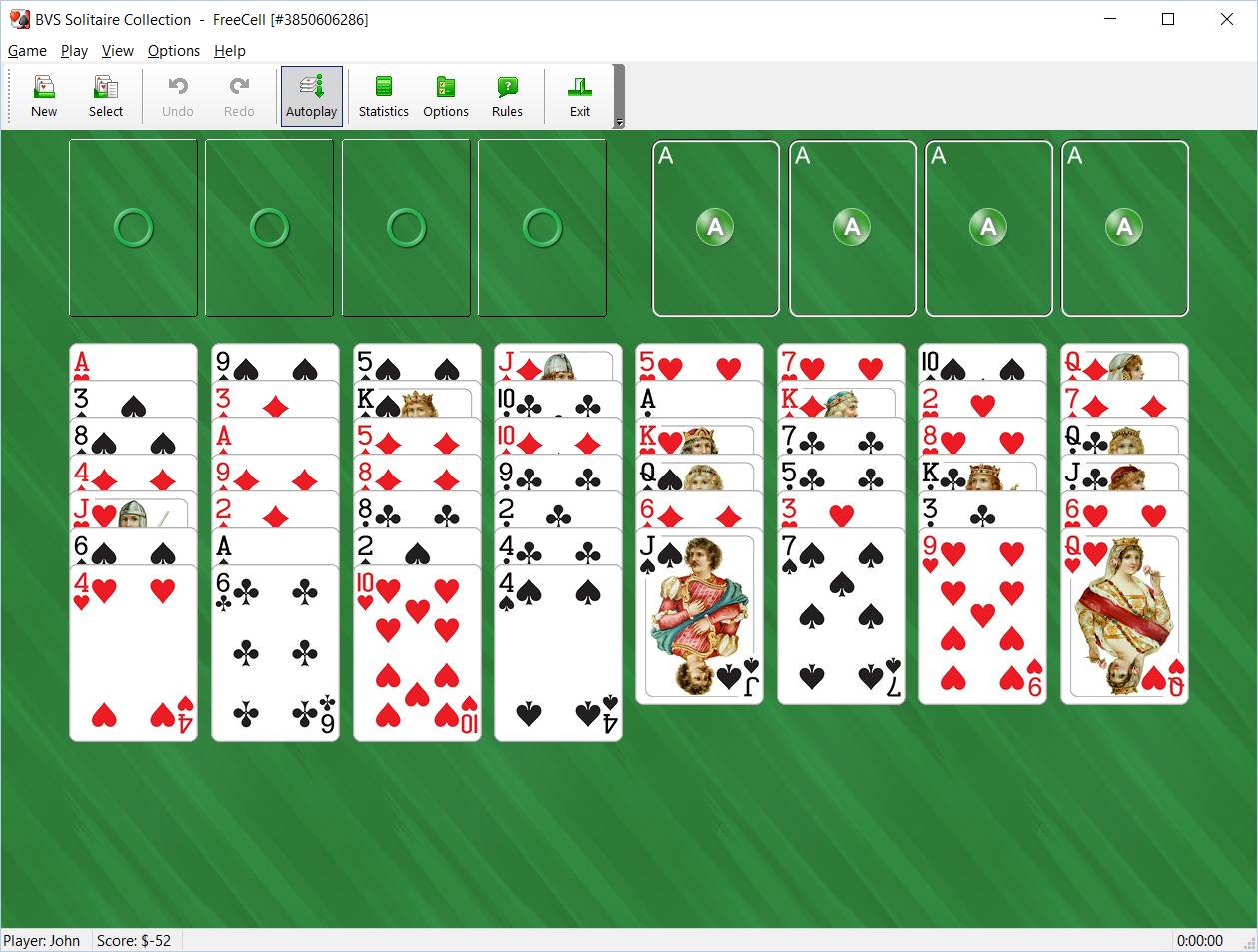